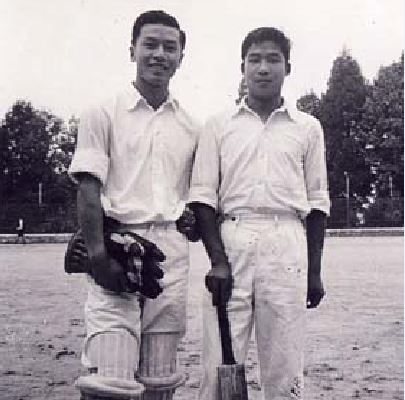 KLN’s Pangmu Shayi conducted a written interview with Z. Brang Seng, of Murrieta, California, who has the distinction of being the first Kachin to receive immigrant status in the US.

Pangmu Shayi: Could you tell us something about your family background?

Z. Brang Seng: I was born in Namkham, Northern Shan State, on December 28, 1932. My parents are Lt. Col. Z. Hting Nan and N’Hkum Nang Mai. My full name is Zinghkang Brang Seng. In the Kachin nomenclature the clan name precedes the given name. In the Western system it is the reverse where surname or family name is preceded by a given name. By personal choice I am officially registered as Z. Brang Seng.

PS: I understand you were among an elite group of Burmese students who had the opportunity to go to school in Darjeeling, India, in the early years after independence.

ZBS: The immediate post-independence Burma faced an acute educational crisis. The schools were inadequately prepared to meet the requirements of higher education. The few good schools were over crowded. Catholic mission schools in Burma were trying to resolve the problem by sending their students to India, and St. Joseph’s School in Darjeeling became a magnet for Burma students.

St. Joseph was full to capacity with the influx of Burma students (about 60) and this opened the door for other Darjeeling schools, namely, St. Paul, Loreto Convent and Mount Hermon. These were well established schools from the British period.

After completing the Senior Cambridge exam, I enrolled at St. Joseph’s College.

PS: You have the distinction of being the first Kachin to receive permanent residency in the US. Could you tell us how this came about?

ZBS: While at St. Joseph’s College, I applied to get admission to Grove City College in Pennsylvania, and upon acceptance with a partial scholarship, I left India for America in 1955.

My main objective in choosing to come to America was to get higher education.  Most of my high school mentors from Mount Hermon School were Americans and it was due to their encouragement I was led to that decision.

PS: What kind of challenges did you face in your first years in the US?

ZBS: After my second year I found myself in a financial dilemma. As a student, I was allowed to seek part time jobs and found manual work in a steel mill in the Summer. This was helpful but insufficient to meet the financial obligations to continue my studies.

Finally this gave me pause to rethink my status as a foreign student. What I needed to accomplish academically was clearly in my best interest, and this could not be done successfully, or at least without great difficulty, under my current status.

The only option to consider was to apply for immigrant status. I would then be at liberty to fulfill my purpose as a permanent resident, as opposed to continually having to struggle to meet the requirements of my foreign student status.

PS: What was it like then, to go through the Green Card application process?

ZBS: I applied for a Green Card in 1958 and was issued it within ten days. I was happy it came so promptly, but was also curious as to why it was given such priority. So I enquired with the Immigration Office by phone and got the reply that I was lucky in that the Burma quota was not filled that year.

I believe this has all changed now with the aggregate quota system. Normally one could apply for naturalized citizenship three years after the issuance of a Green Card, but I waited till 1968 to become a citizen of the United States. (Due to my 10 year wait, although I was the first Kachin to receive immigrant status, more than likely there may be other Kachin claims for “first” with regard to citizenship.)

After receiving my Green Card, I went on to three other schools, Pittsburgh, Rutgers and Gannon while working at odd jobs, before returning to Grove City College in 1961 to receive a B.S. degree in Biology.

PS: How did your marriage to your wife, who was then still in Burma, come about?

ZBS: At that juncture I needed to reconnect with my family whom I had not seen for seven years. I returned home in 1962 at the height of the military take over. Upon arriving at Mingaladon airport I was asked to surrender my passport. All Burma travelers had to do the same.

The most important thing to happen to me that year was my marriage to Elizabeth Maran Hkawn, who was attending the Kachin Baptist High School in Myitkyina.

My most pressing need at that time was to make arrangements to return to the United States before my one year’s leave of absence expired, in compliance with Green Card regulations.

PS: It was a time when getting a Burmese passport was almost impossible. What was your experience in this process?

ZBS: The procurement of Burmese passport was a big struggle. It was a time when there was a temporary moratorium on travel passports. First they asked me if I could provide the number of the passport I surrendered. I realized this was a set up, and as time was running short, I asked my father to pursue it for me.

I will never know who heard my case and was willing to make an exception of it. The stipulation on the exception was that I was going back to America as a student, and could provide a letter of enrollment at a college. I was prepared for that and produced a letter of acceptance from the University of Pennsylvania.

The final hurdle was to get a Departure permit. Here they asked me how I was going to support myself. The brief answer was to work and attend school. Only after I boarded the plane was I at peace. I arrived in Hawaii exactly a year of take off from there.

PS: What led you to decide to settle in California?

ZBS: After arriving in Los Angeles I was happy to settle down in California instead of proceeding to Pennsylvania for studies. I was in contact with a number of American college friends working in California. One in particular was kind enough to accommodate me at his apartment until I found a job.

I was in a desperate situation, as I had come out of Burma with only ten dollars – the maximum amount of exchange allowed before departure. I couldn’t be choosy, so took any old job I could get. I started at a department store and while working, searched for a chemical company where I could get an entry level position. I found a company where I secured a position as assistant to a Research Fellow.

After working there for a couple of years I started looking for career advancement opportunities. With a pre-med degree, it was possible to find work in a hospital laboratory after passing State licensure exams. In my case I needed to spend a year of practical training in clinical chemistry, microbiology and blood banking before taking the State exam.

Upon completion I applied at the Kaiser Foundation Hospital, starting as a medical technologist, and ending as Assistant Department Administrator upon retirement.

While working full time, I continued to pursue my interest in political science at the California State University, Los Angeles. It was a subject pursued out of passion, without a career goal. I went on to post graduate work leading to an M.A. with a thesis on Burma: “The Impact of Buddhism on Burmese Welfare Politics.” (1981)

PS: You co-founded the Pan Kachin Development Society (PKDS). Could you tell us something about the Society and its aims and achievements.

It was the same year when the Kachin Independence Organization (KIO) signed a cease-fire agreement with the then State Law and Order Restoration Council (SLORC) Military government. Under this political climate NGOs were being welcomed.

The second Chiang Mai meeting in 1997 was attended by Singpho (Kachin) representatives from India (Arunachal Pradesh & Assam). The Chyingpo/Jinghpo from the Yunnan province of China sent a congratulatory letter to the meeting as they were unable to attend.

Historically we Kachins had been together with other races in that vast territory referred to as the tribal region. When the British carved out Burma we were separated into three countries.

The primary aim and objective of Pan Kachin is to promote education, the establishment of ties with the Singpho in India and Chyingpo/Jinghpo in China.

My role as secretary was to facilitate fundraising programs for the college. In this endeavor we suffered a setback after the school was nationalized by the government in 2006. Currently Pan Kachin funds are allocated to support selected students in Thailand and Burma. I am now in the process of handing over my job to the next generation.

PS: I believe you met with the late KIO Chairman Maran Brang Seng in 1994. What impressions did you bring away from the meeting?

ZBS: I went to Kunming, China, in 1994 to meet Chairman Brang Seng. He was highly optimistic about the future of Burma and he felt the cease-fire agreement was an important initial step toward achieving this goal. He was also very clear about the futility of continued armed conflict and the inability and unwillingness to engage in the art of political compromise. He talked about opportunities to create a prosperous country and of transforming cities into the trend of the day.

PS: As the doyen of the US-Kachin community, what would you like to say to the new comers, the direction you would like to see them take in terms of their own future in the US and maintaining ties to the homeland.

ZBS: This country is a nation of immigrants. It is they who built this country from wilderness to world power. People from every continent came and continue to come here to seek liberty and the opportunity for a better life and a better future. Once one chooses this country to be one’s homeland, then allegiance should rightfully be to this country.

Kachins are probably a minority among minorities that have come in the past three decades. Knowing what I know of my people, their close knit social ties and the common bond of loyalty are inextricable. For those who come to do business or study and return home, face no dilemma, but those who come here for good, it is difficult to live with divided loyalties.

We will be happier and more productive if, as the saying goes, we ‘bloom where planted.’ America is proud of its immigrant sons and daughters who have contributed so much in every field of endeavor to make it great. Why can’t Kachins be among them? Be of good cheer! 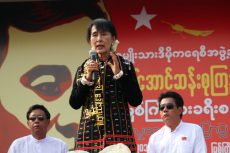 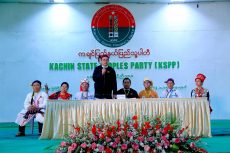 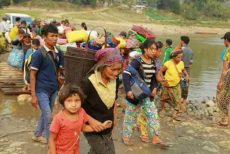